Walmart Confirms Opening of 15 Supercentres Across Canada in January, 2016

Walmart Confirms Opening of 15 Supercentres Across Canada in January, 2016 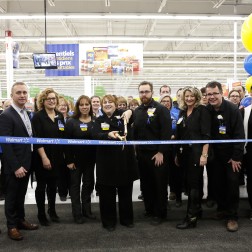 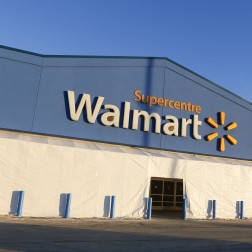 “We’re thrilled to open our 400th location in Canada this month, as well as our 300th supercentre,” said Preyash Thakrar, senior vice president, strategy and real estate. “These supercentres will provide even more Canadian communities with affordable access to quality fresh groceries and one-stop shopping, while also saving them money.”

Walmart supports families in need and has one of the strongest community giving programs in Canada. To celebrate the grand openings, the stores will make donation to local organizations and will build on these donations throughout the year.

Grand opening festivities are planned for each official opening. Each store will host a party the following weekend. Customers can enjoy face-painting, live music, and samples.

With a growing chain of 397 stores, Walmart serves more than 1.2 million customers each day. Its online store, walmart.ca, is visited by over 450,000 Canadians daily. Walmart Canada’s community giving program is focused on helping Canadian families in need. Since 1994, Walmart has donated and raised more than $230 million to Canadian charities and not-for-profit organizations. Additional company information can be found at walmartcanada.ca, facebook.com/walmartcanada and at http://www.twitter.com/@walmartcanada.